WWE 2K22 recently revealed the first look at the new set of WWE Superstars coming to the game in the Banzai Pack DLC, and now we’ve got a first look at yet another WWE Legend. We previously saw Yokozuna, and now we’ve got our first look at Umaga. Yokozuna looked fantastic, and Umaga looks equally impressive, especially with all the details in the tattoos and regarding his likeness. The other Superstars featured in the upcoming pack are Yokozuna, Omos, Rikishi, and Kacy Catanzaro, and it would seem we’ll get looks at the rest of the DLC pack over the next week, as it releases on April 26th.

Umaga, real name Eddie Fatu, first joined WWE (then WWF) in 2002 but was only with the company for around a year. He would really hit his stride during his return to WWE in 2005, where he debuted as Umaga. During that run, he feuded with Ric Flair, John Cena, Shawn Michaels, Triple H, Kane, Jeff Hardy, Bobby Lashley, The Big Show, and CM Punk.

As for WWE 2K22, The Banzai Pack is one of five packs releasing throughout the year, and the next one is the Most Wanted Pack, which releases in May. That pack features Cactus Jack, The Boogeyman, Vader, Ilja Dragunov, and Indi Hartwell. Other big names coming to the game are Ronda Rousey, Vader, Rob Van Dam, and LA Knight, and you can find the full rundown of new roster additions below.

Most Wanted Pack: Release Date: May 17 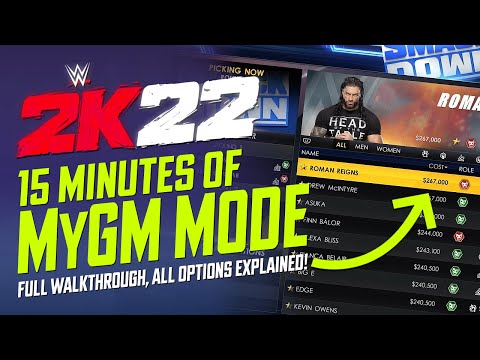 What do you think of Umaga? Let us know in the comments and as always you can talk all things wrestling with me on Twitter @MattAguilarCB!

View all posts by DArcy